In today's edition of "I'm On Vacation And You're Not," my homegirl Tracey from Funny In the 'Hood has been gracious enough to guest post. I started reading Tracey more than a year ago, and every time she posts, I not only laugh my arse off, I also usually say, "OMG, me TOO!" and then she reads this here blog and says "OMG, me TOO!"  So now we're Facebook friends who "like" everything each other says and then our friends in real life are all, "Who is that person?" and we're all "My totally best friend ever that I never met."

Tracey has slowed down her blogging as of late because she's writing a real life BOOK. On paper. Which I cannot wait to read. But here, for your amusement today, is a recent post that was not only funny but also quoted by Time Magazine. Time FREAKING Magazine, people. So, she's like totally famous. Sort of.

The other night I was lying in bed trying to find something to watch on TV and despite Dave's claim that switching from cable to satellite would give us loads of additional channels, my only choices seemed to be either Khloe and Kourtney take Miami or Keeping up with the Kardashians.

Personally, I think the Kardashian family jumped the shark a long time ago and I'm not sure why they're still all over the TV but whatever, I was certain I could find something better to watch on one of the other 70 million channels Dave said we now had.

And then I stumbled upon TLC's I Didn't Know I Was Pregnant. I was so amazed that such a possibility even existed I forgot all about how tired I was and proceeded to stare at the screen transfixed. One by one, women started explaining how they didn't know they were pregnant and they really just thought they were constipated and needed to take a poop and while I watched the show I could only think of one thing:

You have got to be freaking kidding.
As any woman who has ever given birth will tell you, not knowing you are pregnant, during the approximately 40 weeks you are growing a human being means that not only are you unobservant, you might be slightly out of touch with your own body.

I knew I was pregnant even before I peed on the little stick. My boobs were so sensitive just the wind blowing on them was agony. I felt certain that people at work could see them throbbing and would think something was terribly wrong with me. They got bigger immediately and Dave was all, "Wow! Your boobs are getting really big!" and I'd be thinking "Enjoy 'em now loverboy because in a few months you're going to be all, "Wow, your butt is getting really big too."

To be fair, I have two really good friends who did not know right away that they were pregnant with their second children because they had needed fertility treatments in order to conceive their first babies and neither of them expected to be able to conceive on their own. They were both pleasantly surprised when they discovered they were going to be blessed with another child. Yet neither of my friends actually went into labor, delivered a baby, and told everybody later, "You know, I didn't expect there to be a baby, I just felt like I had to poop."

And that's why I'm starting to believe that maybe TLC has gone a bit "Jerry Springer" on me because they know shit like this (heh, heh, I said shit. I made a pun) is going to grab my attention and generate higher ratings and a whole bunch of talk 'round the old water cooler. I mean, who confuses labor with a #2? And then admits it! On TV!
If the women on I Didn't Know I Was Pregnant had never been in labor before it's understandable they might not know what it feels like but it's also like they're a little sketchy on the mechanics of poopin' too.

And I may not be as familiar with labor pains as professional baby mama Michelle Duggar, but I've done it twice and both times my main concern was figuring out how Freddy Krueger had gotten inside my uterus because it felt like he was trying to stab his way out with those finger knives every two minutes or so. Never once did I think, "Hey, maybe I just need to take a poop." Yes, your stomach can feel kind of upset during labor and there's the all too real fear of actually crapping on the delivery table but I can still tell the two bodily functions apart. 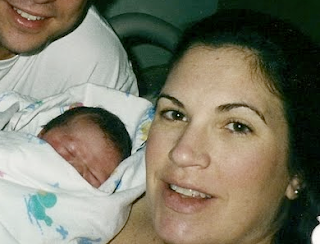 Can you imagine sitting down on the toilet and thinking something is going to come out of somewhere only to discover that something totally different came out a completely different orifice? That's what happened to one of the women on I Didn't Know I Was Pregnant. She thought she had to go to the bathroom so she sat on the toilet, grabbed the counter and the towel bar because it hurt so bad and her baby plopped out of her into the toilet water and when she tried to get up, she was slammed back down onto the toilet seat because she was still attached to the baby by the umbilical cord! And while she was in the bathroom all confused and laboring and delivering and stuff her baby daddy was sitting out on the couch with the popcorn bowl yelling helpful things like, "Hey, are you almost done in there?"

I mean, did it not occur to her to yell, "Put down the popcorn bowl you dumbass because something that is NOT a turd just came out and oh my God tell the paramedics they better haul ass!"

That's what I would have done.

On the show's website I found the following: "We are looking for new stories for new episodes of I Didn't Know I Was Pregnant." Or, as they probably like to call it, "more unaware women who had babies and not number two's and aren't afraid to have it re-enacted on national television."

Oh, and there was a woman on the show one night who didn't know she was pregnant TWICE.

Probably you can tell I watch this show a lot. I've seen all the episodes. Some of them more than once.
So, I'm guessing TLC pays these women to go on the show? There's got to be some incentive for admitting you didn't know what the hell was going on. But in that case, maybe the women are actually pretty shrewd. Maybe they don't care if everyone laughs at how clueless they are.

Perhaps they're even laughing all the way to the bank.
Good for them. Maybe they'll start a college fund for their little miracles. 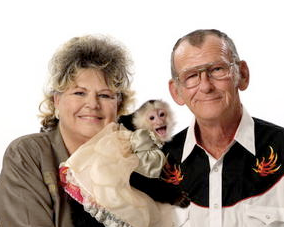 Posted by Little Girl::Big Glasses at 8:00 AM