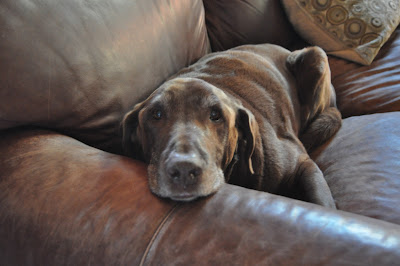 Since it's labor day weekend, I'm now going to treat you to a minute-by-minute rundown of the two times I was actually in labor.*

Go grab yourself a big frosty Bloody Mary and get comfortable kids, this is going to be goddam riveting. 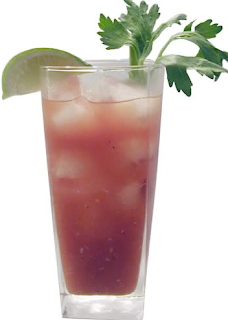 Not really.  I'm going to go outside with a beer and a bulldog and pretend I have a union job.

Happy three days off in a row.

PS - Exactly why do people write about that for the whole internet?  Because, bluck.

I'm marrying a cage fighter. FOR THE CHILDREN.

I've got so much on my plate lately that I need to change to one of those melamine cafeteria trays to hold it all. I'm not complaining - just wondering if karma is kicking my ass for something terrible I did and don't remember, or if other people have been so damned good that karma is rewarding them by having me take over and give them all a little break?

Or, maybe this is like a final exam for karma. Or maybe karma's version of that last part of Indiana Jones when he has to go through all the caves and creepy shit and jump on the right stones past all the skeletons and the big rock is coming for him...the world is just seeing how quickly I can jump out of a mining car and into a pile of venomous snakes. To quote my 7-year-old self, "Neato."

Once when I was in about 9th grade, my maternal grandparents were moving from California back to Colorado. While they decided where in Colorado they'd live, they lived with us. I can't recall how long they were there, I just know it was longer than it should've been - but it taught 14 year old me a valuable lesson: My Parents Don't Suck As Bad As I Thought.
While I thought my grandparents were perfectly awesome and adored them, being underfoot was too close for comfort. My children are learning that lesson right now.  Be on the lookout for my Mother of the Year press release in your local paper any day now. And, I really must say? This mother-in-law living with me? Is the least of my admin.
In other news, my charming and handsome first born, formerly referred to as the Gigantic Middle Schooler is now a Gigantic High Schooler. And my younger son, whose name is Miles but we totally call him Pete, is now a Regular Sized Middle Schooler. Hard to fathom.
I leave you today with a conversation that Pete had with Big Dude just yesterday.
Pete: Man, it would be hard to be like Billy,* I mean, his parents are divorced and they each live with a new person.
Big Dude: Yep, that'd be tough.
Pete:  I mean, he doesn't even like his mom's boyfriend at all but the guy's always there in his house.
Big Dude:  That's too bad.
Pete: Seriously. If you and mom got divorced... the only way I could handle it is if you guys hooked up with Megan Fox and Chuck Liddel.  Hmmm. Actually, that'd be really cool.
*Of course his real name isn't Billy. Nobody's real name is Billy.
Posted by Little Girl::Big Glasses at 4:05 PM 1 comment: