This may be hard to swallow.

If you've been a reader of this drivel for any length of time, you know that I really really really like Thanksgiving, and over the years have become quite adept at cooking loads of yummy food for copious amounts of people. Let's just say it requires spreadsheets.

This Thanksgiving, I broke my #1 rule about Thanksgiving and invited family members. Specifically, my in-laws. And that set off a horrible chain of events that included:

1) the turkey, while beautiful and lovely on the outside, was completely raw and disgusting on the inside,

2) I totally forgot to get out the cranberry relish from the refrigerator,

3) Ditto on the pheasant and wild rice,

4) Spanxy at some point french-kissed my ear in front of her mother-in-law,

5) I completely and thoroughly lost my voice, and eventually wound up with a 10 day virus that nearly killed me.

So, not only was I completely a) hungry, but also b) embarrassed and c) dead.

The best thing about nearly dying when there's a lot of company around is that you can pretty much curl up in a chair under a blanket and no one notices. But days later, they all left so I went to the doctor and told them that I was close to death and I could not swallow because my throat felt like I'd swallowed razors and also I was dying and also I think maybe Spanxy gave me Ear Mono that scientifically transferred to my throat, most likely traveling on a sea of mimosas.

They looked at me real sympathetically and gave me a bottle of pills. A bottle of gigantic freaking pills that I couldn't swallow if I didn't have Ear-transferred Mono. Why are these things even made? Lest you think I exaggerate...photo evidence. 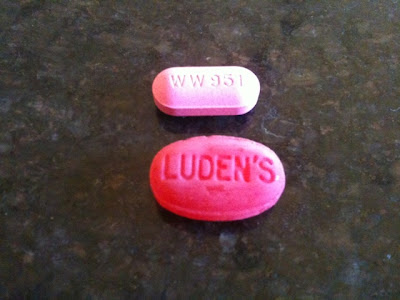 Here is the horrible stupid pink pill with a cough drop for comparison. Not a good enough example? Here: 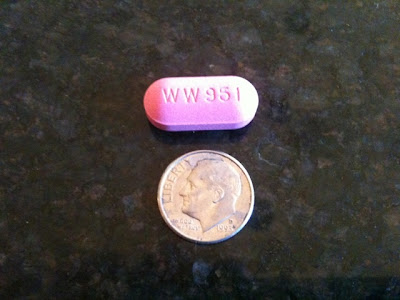 Horrible stupid pink pill with a dime. The dime would be easier to swallow because it's flat. 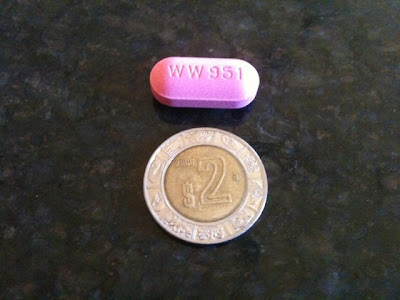 For my readers South of the Border. I'll admit, horrible stupid pink pill might be easier to swallow than 2 Pesos. 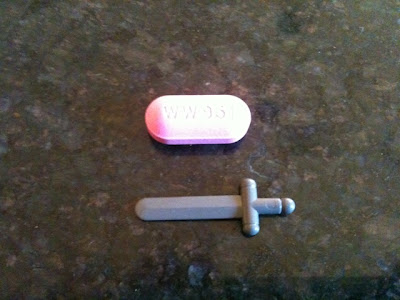 HOWEVER. It would be easier to swallow a Lego sword than the horrible stupid pink pill. 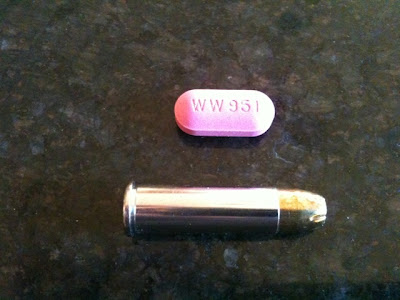 And, possibly, it would be easier to swallow a .38 round than the horrible stupid pink pill. Actually, that might be a tie. I'd sort of be scared to swallow a .38 round, so it might not go down easily.
Most interesting, perhaps, is that all the items I used for comparison were in the pencil drawer of my kitchen. Not sure what that says about me, exactly. Huh.
Anyway - besides they horrible stupid pink pill, they also gave me some meth, so that was kind of cool. I didn't figure insurance would cover that kind of thing. 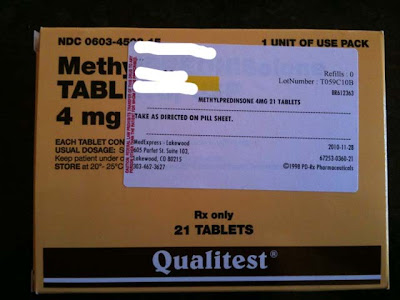