One from the archives.

I wrote the following in 1985 when I should have been writing a critical analysis paper on the "Peloponnesian War" by Thucydides. Note to readers - do not be hungover and late on the morning of your university registration, or you'll end up taking "History of the Ancient Greeks" because nothing else is left. Hard to believe, but knowing the intricate details of a civil war fought in 430BC has not really come in handy in my life. Thus far, anyway.

Behold! The genius of my youth: 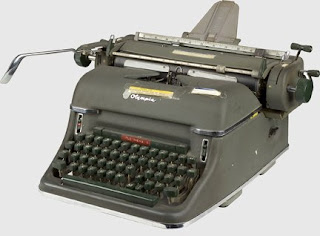 The quick brown fox jumped over the lazy dog. Don't ask me why he did, perhaps the lazy dog was on fire, and the quick brown fox was running to get some help or water or something. Or maybe the dog was really smelly, and the fox wanted to get away from it as fast as he could, and even though the fox was really quick, the fastest way was still to jump right on over him. It's really hard to say, I mean, we don't know the circumstances or anything, we are just assuming he jumped over him for fun or something and that is not fair to the dog or the fox. And who decided that the dog was lazy, anyway? Maybe he was just tired from putting up with that damned fox all day. Maybe he was just being polite, and pretending to be lazy, when actually he could have gotten up and kicked that stupid fox's ass. Maybe the fox was jumping because he knew the dog was going to get him sooner or later, and he might as well get a head start. It's really hard to say, and I wish people would think before they type.

There you have it. That right there is why I'm not a highly paid, tenured professor of Ancient Greek History today.
Posted by Little Girl::Big Glasses at 5:11 PM