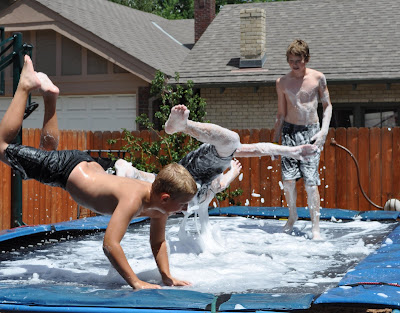 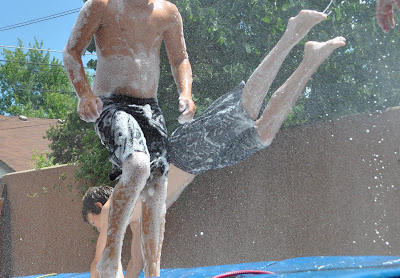 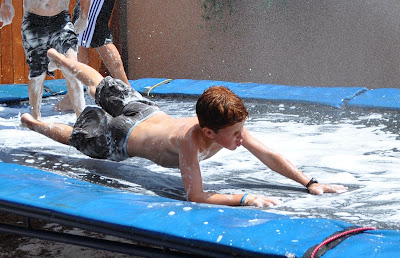 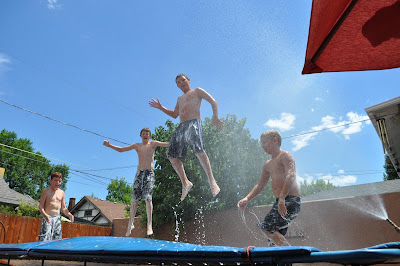 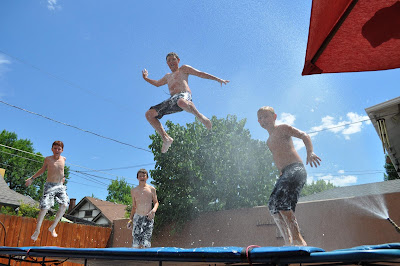 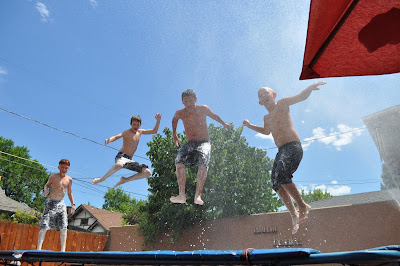 Ka-rah-tay.
They're completely itchy and I'm out of all liquid soap products, but there were no lawsuits, so I called it a good day. Hooray for summer.
Posted by Little Girl::Big Glasses at 8:10 AM