There's really only so much a person can take.

I remember watching a documentary on the Dust Bowl when I was a kid and thinking it must have been the most dismal awful boring time, mostly because you couldn't go outside and play and there didn't seem to be any toys in their houses, and worst of all, I was pretty sure the whole world was still in black in white which meant you couldn't even color.

They said that a lot of the families moved to California, which I figured was a really good idea, because even though they didn't have jobs or houses waiting for them in California, who cares? They could just hang out at the beach or Disneyland, right? Which was totally IN COLOR, so that'd be good. Then, they said that of the families who stayed, some died because THEIR MOMS WENT CRAZY AND KILLED THEM, something an 8 year old really wants to hear. I looked at my mom and said, "How could a mommy kill the whole family?"

Without really looking up from what she was doing, she said something to the effect of, "After months of cleaning and washing and trying to stuff wet rags under the doors to keep the dirt out just to have it come back in? Yeah. I can see how they'd just give up and kill everyone and themselves. Sure."

And today, as I face this, I totally understand too. 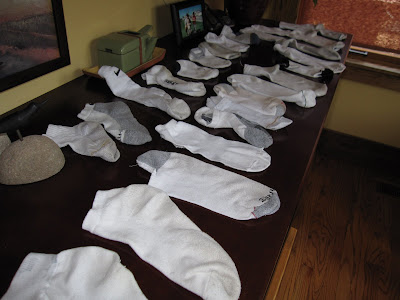